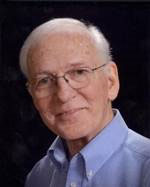 Our congregation mourns the passing of Jim Short, a dear brother in Christ that became a vital part of our church family.  We are saddened by the lost of Brother Short.  Our prayers are with his wife, Rhea, son, daughter, and other family members.  We love Jim and he will be greatly missed.

Mr. Short was born February 6, 1947, in Alabama, and was a retired school teacher. He and his wife, Rhea were the founding owners of the White Columns Bridal and Formal, which they ran for 20 years. Jim was a devoted disciple of Jesus and a member of the Church of Christ.

Survivors include his wife, Rhea Short of the home; one son and daughter-in-law, Marcus and Elizabeth Short of Broken Arrow, Oklahoma; and one daughter and son-in-law, Ashleigh and Michael Givens of Jonesboro. He is also survived by one brother, Cecil Short of Quinton, Alabama; three sisters, Betty Cash of Graysville, Alabama, Anita Lee of Heidelberg, Mississippi, Melba Stearns of Quinton, Alabama; and four grandchildren, John Mark Givens, Asher Givens, Owen Short and Kate Short.

He was preceded in death by his parents, Amon and Frances Short.

We are a compassionate community of faith reconciling the world by making disciples.